Skip to the content
economics environment oil tar sands The Corporation Uncategorized
May 29, 2010 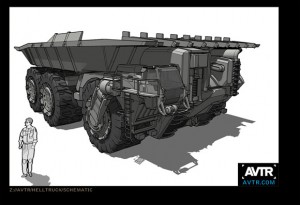 Would you believe that the Tar Sands in Alberta could pose a greater environmental risk than the drilling rigs off the coast of the Gulf of Mexico?

Certainly, if you have time to read this 96 page report from this Ceres-commissioned report authored by RiskMetrics Group.

A brief review of the document was provided on the Ceres website, including the following observations:

Among the report’s key findings:

Shrinking profit margin: The costs of producing oil sands – already the world’s most expensive source of new oil –  are rising and will continue to do so due to the onset of carbon pricing, higher input commodity prices, and rising costs for water treatment and land reclamation. As a result, global oil prices will need to remain high – possibly approaching $100 per barrel – to ensure a competitive rate of return on $120 billion in planned expansion projects. Oil sand operators must also be mindful that if global oil prices get too high, between $120 and $150 a barrel, it will likely reduce global oil demand and shift markets in favor of alternative fuels.

Vulnerability to changes in U.S. Markets: Presently, the vast majority of of the 1.3 million barrels being produced every day flows to the United States. Long-term access to this market is jeopardized, however, by emerging low-carbon fuel standards in the U.S. that will require a lower carbon intensity in transportation fuels. These fuel standards, already adopted in California, will put carbon-intensive oil sands fuel at a distinct disadvantage because oil sands output will likely have to be mixed with next-generation biofuels that are not yet being produced on a commercial scale.

Other Distribution Obstacles: Transporting expanded oil sands production west to China and other Asian markets is another alternative. However, there is strong opposition to building pipelines to Canada’s West Coast from Aboriginal communities who have significant rights under the Canadian constitution.

Water and Other Resource Constraints: Oil sands production is highly water intensive, with up to four barrels of freshwater consumed for every barrel of oil produced from surface mining extraction. Water withdrawals from the Athabasca River watershed are already restricted during winter months to protect fish habitat. If oil sands production volume grows according to companies’ estimates, some oil sands mining operations could exceed their wintertime allowances as early as 2014, causing possible production interruptions. Climate change may also exacerbate this situation; glaciers feeding into the Athabasca River watershed are already shrinking.

Growing Land Reclamation Costs/Liability: After 40 years of production, no oil sand companies have yet fully reclaimed the extensive tailings ponds used for holding polluted wastewater. This is because the fine tailings in these ponds take decades to settle out. These tailing ponds, already covering an area the size of Washington D.C., pose risks of contaminating adjoining lands and water resources, and present health problems in downstream communities. Alberta’s Directive 74 requires oil sands miners to speed up remediation of existing ponds – an order that creates especially large liabilities for the industry’s legacy miners such as Suncor and Syncrude.

“All oil is getting dirtier and harder to produce,” said Bob Walker, vice president of sustainability at Northwest and Ethical Investment in Canada. “With Chinese investment and demand set to grow outside the U.S., oil sands production is likely to grow. Investors need to be aware of the environmental and social risks and engage oil sands companies to improve disclosure, operational performance and to make technological investments to reduce environmental and social impacts.”

“We recognize that oil companies will continue to invest in the oil sands,” continued Lubber, “but they shouldn’t do so blindly. Investors need assurances that the risks outlined in this report are being taken into account.  This includes the fact that carbon will be regulated, that water will be increasingly scarce, that tailings ponds need to be cleaned up, and that doing all this will be expensive. Companies need to build solutions in up front or they shouldn’t be building these projects at all.”

About Ceres
Ceres is leading coalition of investors, environmental groups and other public interest groups working with companies to address sustainability challenges such as climate change. Ceres also directs the Investor Network on Climate Risk, a network of 90 institutional investors with $10 trillion of collective assets focused on the business impacts of climate change.