I have to admit that I haven’t followed the Duffy trial as closely as some others (like Montreal Simon), but yesterday’s news report had one juicy little tidbit in it that I refuse to let go of and I’m hoping more sane Canadians and reporters will let this detail ‘stick’

You could say I’m ‘stuck’ on the idea of how Stephen Harper got away with all of his crimes against Canada. 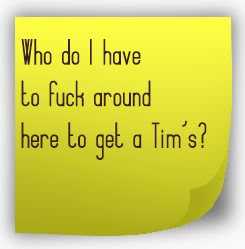 Apparently, he didn’t use email, written communications or even verbal indications of his plans.

Duffy also took another swipe at Harper, saying the former prime minister would never write in the margins of policy documents, unlike previous prime ministers.

Instead, Duffy said, Harper would use yellow Post-it notes, which would later come off the documents so “there are no fingerprints.”

Duffy said much of the communication from Harper went through Harper’s top aide Ray Novak via emails. Harper would never personally ask or tell someone to do something, except in very rare circumstances, Duffy said. 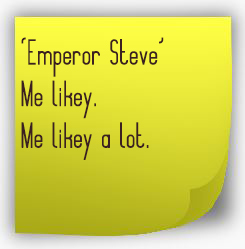 Stephen Harper used to carry this image that he was untouchable.  Now we know why.  He was a ‘post-it Prime Minister’.

Let’s hope that more people catch on to this subtle but important nuance about how Stephen Harper ran the Government of Canada – no longer the Harper Government – and how he knowingly used any means he could in a premeditated manner to deceive all Canadians and not just the Puffster.

And now that Mike Duffy is throwing Stephen Harper under the bus, when do we get to point the finger at Herr Harper himself and bring him to justice?

Perhaps Canadians will deny any memory of Stephen Harper and instead simply reflect that they were dark, dark years for this great country and that we’ll do what we must to ensure it never happens again.