Sometimes I admit I just scan an article and then post it for the wider audience to absorb. OK … it’s out there. Maybe blame a sense of impulse or maybe even just exuberance when it comes to sharing ideas.

Anyways, I read this article three times and counting now because I’m a big dork with a strange passion for urban planning.

This is an article about Mayor of Paris, Anne Hidalgo; Carlos Moreno, a ‘smart city’ professor at Sorbonne; and Jane Jacobs, the Canadian-American city planner of the 1960s.

I just posted an article about how New York is ranked number 1 when it comes to their impact on the climate (as in the lowest or best). Vast subways, efficient use of space, cycling networks and creative ideas like the High Line.

Not every city has the granite core that Manhattan does allowing for layer upon layer of subways. They don’t even have the limestone core that Paris enjoys … allowing for similar results.

But the plan – the 15 minute city – can be implemented anywhere in the world. And it SHOULD be. 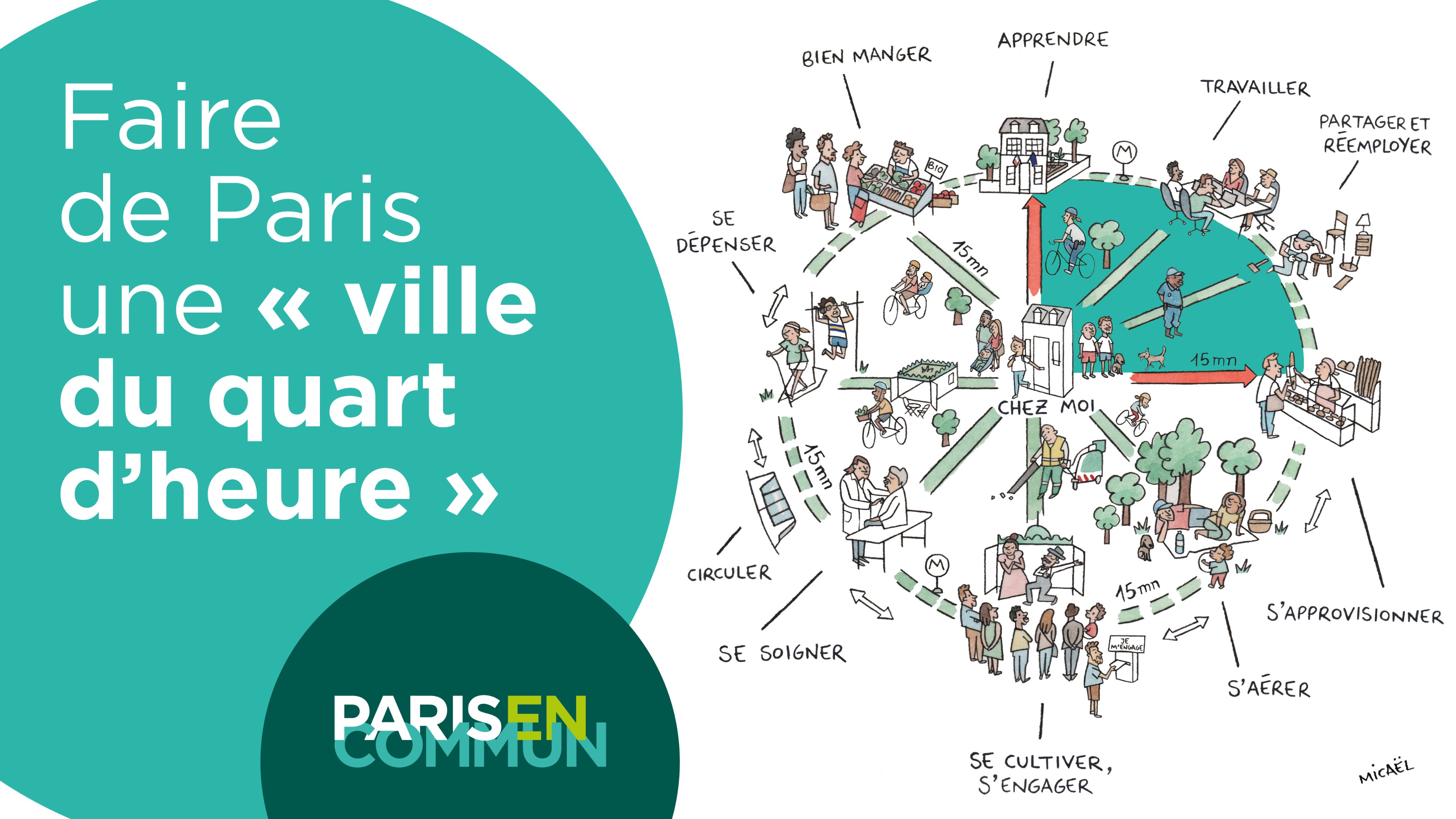 The words of Moreno are insightful and inspiring:

Moreno observes that cities are “still driven by the paradigm of the oil era and its impact on roads and general urban planning” but that the “era of omnipresent cars” is coming to an end.

“Pervasive petrol-powered transport” has to be designed out, believes Moreno to enable “real quality of life.” He admits his is an “ambitious urban policy” that will require a “radical transformation of our lifestyles.”

It is “about challenging our urban pace of life,” says Moreno.

“Chrono-urbanism must be at the heart of our roadmap for the years to come,” he states.

“Preserving our quality of life requires us to build other relationships between these two essential components of urban life: time and space.”

My take on his comments: we have to stop building cities that revolve around cars.