Who’s right? Who can be trusted with guidance and leadership when it comes to how we need to react to Covid and how to treat it? Should it be someone that doesn’t have a stake in companies that stand to profit from solutions or leaders that stand at a distance? 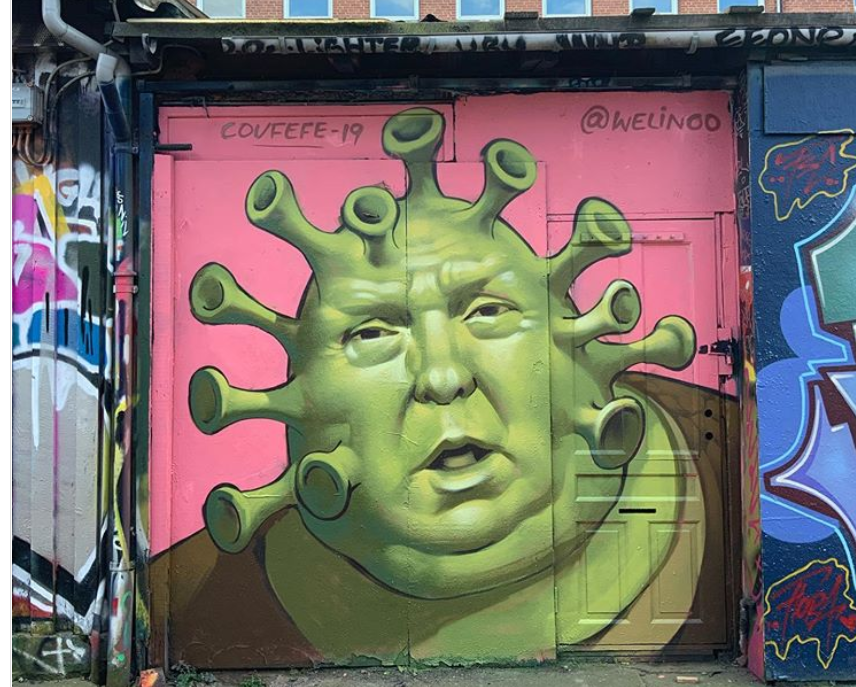 For the record, I don’t know what’s true or not, but there are several stories evolving as the days go by and they seem to be pointing to some VERY SERIOUS conflicts of interest being orchestrated and perpetuated by the President of the United States, Donald Trump.

Exhibit A: President Donald Trump reportedly owns a stake in a company that produces hydroxychloroquine, the anti-malaria drug he has repeatedly touted as a coronavirus treatment even though his experts say there’s no strong evidence it works. Fund companies that manage his accounts also have significant holdings on the company that produces hydroxychloroquine.

Exhibit B: Pence and Trump are pushing for massive trials of the drug at different locations around the US.

The anti-malarial drug hydroxychloroquine will be used in a trial covering 3,000 patients at a hospital in Detroit, Michigan, and the results will be tracked in a formal study, said US Vice President Mike Pence.

Pence told a White House briefing on Sunday that they were “more than prepared” to make hydroxychloroquine available to doctors’ offices and pharmacies in the Detroit area, reports Xinhua news agency.

Donald Trump can’t organize a few hundred thousand masks without causing an international trade war, but he’s been stockpiling a drug produced by a company he has a stake in. WTF?

Exhibit C: Trump’s response to Covid borders on criminal and he replaced the Pandemic Response Team with Jared Kushner.

Exhibit D: Novartis, a manufacturer of a , paid $1 million to Michael Cohen (yes, that Michael Cohen) for ‘access’ to Donald Trump in 2016. It begs the question: how long has this been building up and is Donald Trump’s fumbling of Covid just a big ruse to get us all rushing to buy an expensive treatment that may or may not work? Or that may kill more of us than Covid might? Novartis, to their credit, have reportedly donated 130 million doses of this treatment, but the effectiveness is still unproven. How has Trump responded?

Exhibit E: The Food and Drug Administration of the US has NOT approved hydroxychloroquine for treatment of Covid-19. Other fact check details here.

Exhibit F: Donald Trump accuses the World Health Organization (WHO) of being ‘pro-China’ despite the fact that the US gives it funding. He threatens to pull funding from the WHO. And then denies saying that within moments of saying it.

Reporter: A quick follow-up on that. So is the time to freeze funding to the WHO during a pandemic of this magnitude?

Reporter: You did say that you were —

To be honest, there are conflicting details concerning this story. The WHO does seem to have made a number of mis-steps along the way and has made it easy for critics like Trump to tear them to shreds.

Discussion: if it can be demonstrated that Donald Trump has gained financially from his stake in any company related to the production, sale or distribution of any treatment of Covid-19, especially to the US government, he should be sent to jail for a blatant conflict of interest. It looks like Pence should be as well, as he is pushing this treatment in places like New York and Michigan.

How do we get some truth concerning all of these stories or are we at risk of pointing the finger at everyone as opposed to asking the right questions and delivering the right answers? How do we all work together on this in a way that will get us out of lockdown?