The last couple of weeks have been an exhausting match of ping-pong between a Minister of Education who only set foot in a public school a couple of days ago for a photo shoot with Doug Ford versus the various hundreds of boards and thousands of ‘concerned’ parents who keep getting the rug pulled from beneath their feet.

When I hear about the largest school boards ‘considering’ their own online platform, my head wants to explode.

Why? Why are these folks trying so desparately hard to reinvent the wheel?

I believe that behind the scenes, the school boards across the province are being told that when (not if) they lose students to online training, they will also lose funding for that student.

Are Doug Ford and Stephen Lecce intentionally using Covid to sabotage the public education system and funding for local boards? Their actions and constant last-minute changes in requirements without meeting anyone at the board or union level are certainly cause for concern.

Of course, if all of this is true, it’s bullshit. We pay our taxes to a province that is required to allocate funding to our local board to take care of our children on a local level. This is an opportunity to spend less on something that is a right in Ontario and Canada only to transfer in a whack of tax cuts to corporations or other bailouts that so-called ‘capitalists’ shouldn’t get.

And all of the above remains true even if we decide to opt for ILC for our child.

What’s ILC? Oh yeah … the proverbial elephant in the room.

How is it that everyone has overlooked what’s already under our noses, with the TVOntario ILC (Independent Learning Centre) for kids of all stripes?

It may be time for a Parent’s Strike. I’m not a big fan of Maclean’s magazine, but they’ve done an excellent breakdown of the situation in Ontario (and likely hundreds of other jurisdictions wrestling with back to school).

After dissecting everything, they suggest a parent’s strike.

The Ontario government’s response to the school file, however, has echoes of pre-pandemic political fights. Less than four weeks before the scheduled start to school, education minister Stephen Lecce announced a plan allowing school boards to spend their reserve funds (if they have them) to make classrooms safer. He also unveiled some additional funding for improving air quality—creating an absurdly short timeline to plan, fund, and execute the critical work needed in many of Ontario’s 5,000 schools. (Any apartment-dweller or homeowner knows it can sometimes take as long to schedule a single residential repair.) While doing so, he called for “flexibility” from teachers.

But this isn’t a teachers’ issue. It’s a parents’ issue, a children’s issue, and much more broadly a citizens’ issue. If a poorly conceived back-to-school plan ends up jeopardizing our hard-won gains on COVID, straining health care systems and the economy further, we’ll all be affected. “Class sizes” may translate in some minds to a contentious question batted back and forth across a labour negotiating table, but that’s not what it means for parents, and certainly not in this moment.

I say parents even though it’s mothers I’ve ended up speaking with in most cases. Certainly women will be disproportionately affected if the school plan backfires and kids end up at home again. In April, only 55 per cent of Canadian working-age women were in jobs or looking for work, according to an RBC report. But a shoddy school plan will affect all parents, and indeed already is. Many, having borne their share of the pandemic’s burden with minimal complaint, are now also playing a part in the safe return, volunteering their time and ideas and help. Parents should become advocates at schools, Dr. Bogoch counseled recently. He’s right in a sense, though the individualist approach can add another layer of inequality: school should not be safer for kids whose parents have the time and money to negotiate and rig better solutions.

Besides, haven’t all parents done enough? If Angry Dad can’t make this work, it hardly seems fair that the responsibility should fall to regular dads and moms. So, instead of picking up tools, maybe it’s time for parents to lay them down, borrowing from those Redstockings in Iceland. We’ve said on social media and in surveys and letters to government and via protests that we want a safe return to school. That means smaller classes and distancing and better ventilation, as experts advise. It means a well-devised, well-communicated plan for cleaning and public-health protocols. It also means clear information for parents on individual school routines.

But our voices aren’t being heard. So maybe it’s time to walk off the job (if we have jobs). Time to stop helping schools reach standards they should be enabled to reach with funding and staff. Time to stop cooking and feeding and caring for our little ones. Time for a Parents’ Day Off. Let someone else take over for a while—why not the children? Folding laundry, doing dishes and taking out the trash may not be the most fun our kids will have, but it won’t be any worse than the realities that await them this fall.

Unfortunately, the article seems to take a sarcastic turn, but if we were to seriously pursue this, what would it look like?

A day of protest would be a waste, especially for those that simply can’t afford to lounge around at Queen’s Park for an afternoon. Or maybe a better route would be to stop paying taxes? I mean, if Doug Ford is just going to be a middle man to using tax flow to reduce taxes for corporations, it’s time we stopped enabling him.

Or funding new prisons that we don’t need at the tune of $500 million – just the same kind of money that our schools need to minimize the impact of Covid. What a fucking waste of money.

Meanwhile, the CBC is gaslighting us with propaganda about ‘how classrooms will look this fall’, omitting the obvious questions about circulation and ventilation and taking pictures of classrooms with seats / tables for 8-10 kids when those rooms will still be packed with 30+ kids in a week or so. Why are we letting the CBC get off so easily with this kind of tripe?

The situation makes me want to puke.

At least some folks out there are thinking about ‘resetting’ our ways and looking for a new mode of instruction and content. The World Economic Forum (by definition of it’s name, possibly biased towards ‘functional’ classes and less about ‘humanities’) has proposed a reset that would focus on ’21st century skills’: 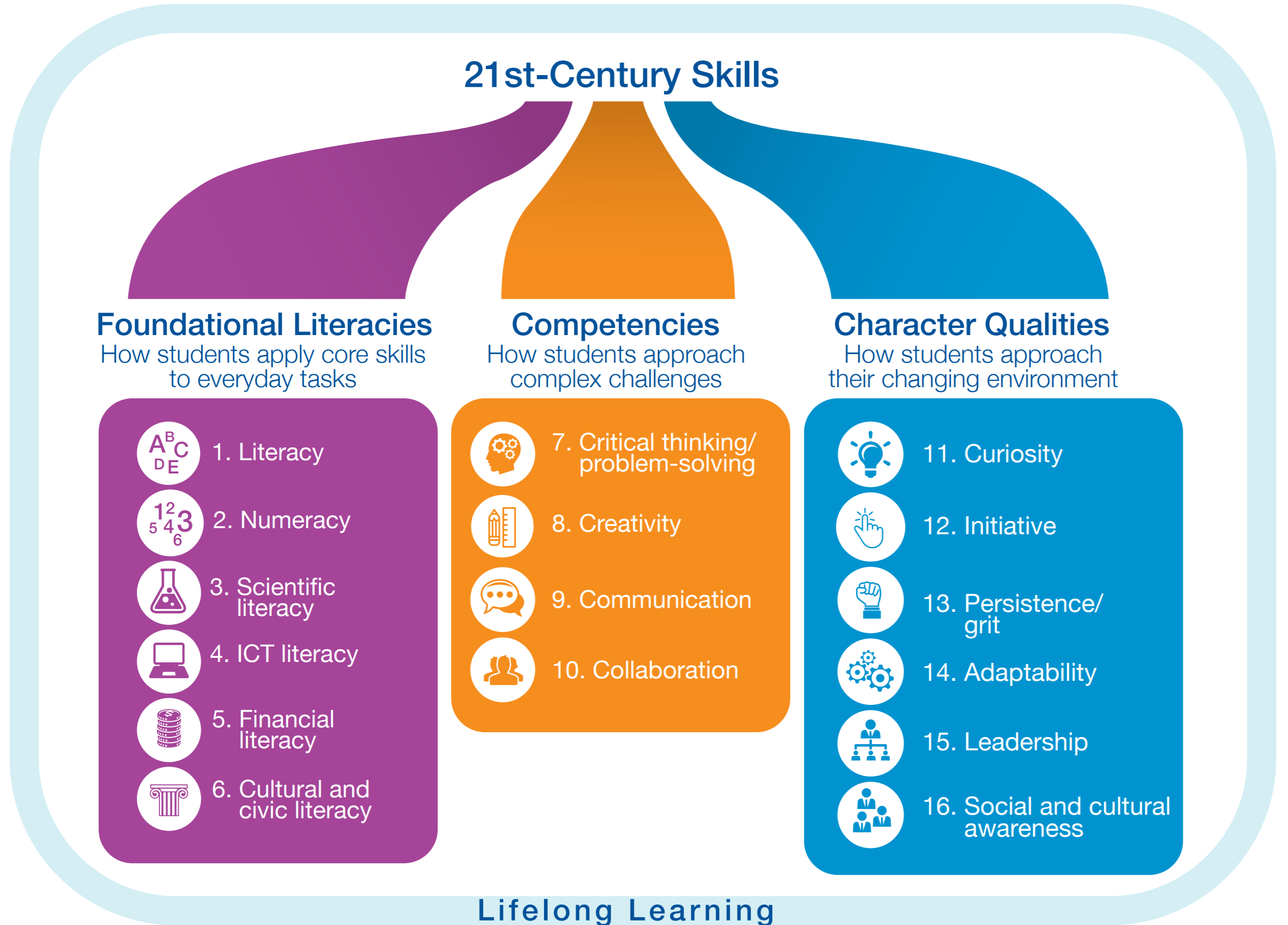 So, no humanities in being human, but perfect fodder for creating a planet of consumers, producers and lemmings.

Thanks, but no thanks.