Ladies and Gentlemen: It’s the Wheel of (Conservative) Corruption!

Tonight, we have corruption for everyone and every person … even those in ethnic communities!

C’mon down and play the Wheel of Corruption!!

(This is where I’d insert a really cool Flash animation that shows all of the dozens of options to choose from as the Wheel of (Conservative) Corruption spins around.  If you want to do this, please be my guest). 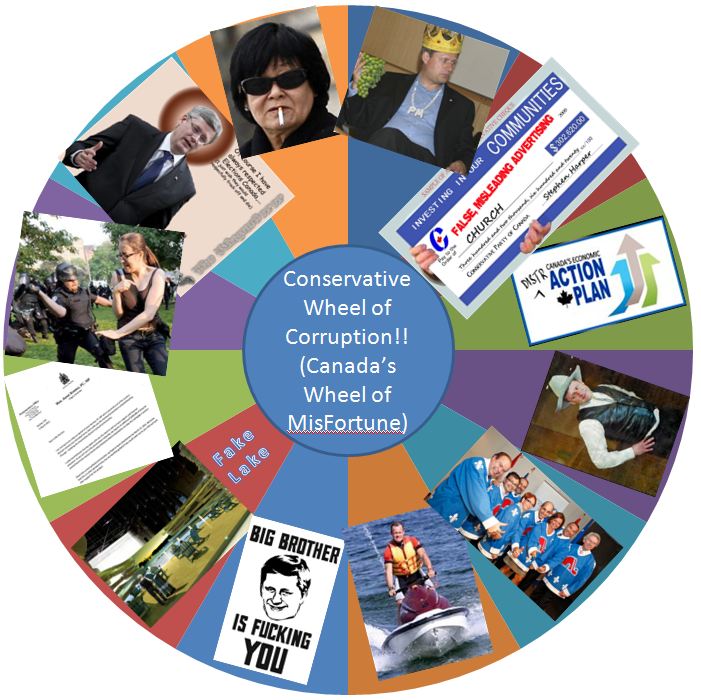 Here are just a few of the finest examples of how corrupt our current government is:

Please add your favourite broken law, criminal case or simple contravention of the rights of Canadians brought upon us by the Conservative Party of Canada below.  All thoughts are welcome.

C’mon Canada … wake up from your Tim’s induced, 2% off slumber and throw these corrupt Conservatives out of power!!