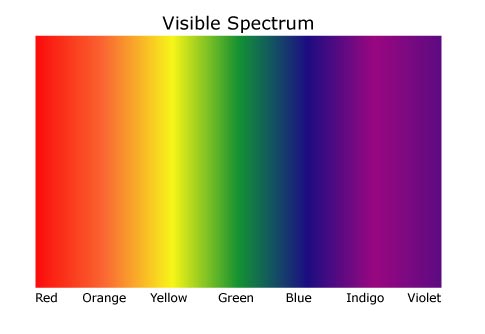 No.  The Greens in Canada are substantially better than the Blues and the Reds can’t hold a candle to the Oranges.

With the help of Red, Blue become the furthest right on the spectrum.

The Reds under Ignatieff have merged with the Blues under the Harpercrites and have formed a nice shade of purple.  It’s exceptionally unlikely that the hopes of a ‘progressive’ coalition will rule Canada and it’s even more unlikely that the Liberals will do what must be done to defeat the Conservative regime.

It’s because purple has long been associated with royalty, the self-appointed leaders of our free world and devotees of themselves and their family over the interests of the country at large.  Purple is better known as a shade aligned with elitism and dominance as opposed to softness and congeniality.

Purples are perfectionists.  Purple people are secretive, unwilling to trust and they are often known to be religious zealots.  No surprise there, really.

In their way of thinking, [purples] are the ones put here to enforce religion for God.  These people can be just a little frightening when they start searching for their holy grail.

We’ve seen it already with the Blues.  Votes against gay marriage.  Policies that encourage the growth of families and discourage women from working.  The potential for acts against the human fetus to be considered an act of murder.  Bill C-10.

There’s little to no point in seeing the Reds (Liberals) as being anything different from the Blues (the Conservative regime).  In the past few decades, their records speak for themselves.  Patronage appointments.  Ad Scam.  The growth of the defence business in Canada.  The end of EI.  The strangling of small businesses in the interests of large corporate persuaders.  The rise of the security state.  The neglect of a little agreement called the Kyoto Accord.

Yes, Green is a yellow Blue, which means they have a sentiment that leans more towards the market when it comes to solutions for our economy, but at least they are brave enough to stand up to the bullies that ran/run the Environment portfolio.  They have made their presence known on international stages when our Blues are too cowardly to show their faces.

Green is the colour of healing and health.  Green personalities want to offer solutions and give without want of compensation or accolades.  Greens represent a fresh sentiment and for those who are business-minded, green is the colour of money (or it was in Canada a long time ago).  With that in mind, ‘Green’ opportunities are all the rage becuase the people that vote for Greens – generally a younger audience – believe in making investments in the future as opposed to propping up dying industries and carving great scars into the side of our planet that will never heal and will remind hundreds of generations of how selfish we were.

And yes, Oranges are yellow Reds, in that they seek a more progressive solution to the woes of the world compared to the Liberals.  In the past, Oranges under the leadership of Douglas or Broadbent have helped the likes of Lester Pearson, Pierre Trudeau or even a Conservative like John Diefenbaker rise to truly unique status as Canadian icons.

It’s no surprise that Tommy Douglas was nominated The Greatest Canadian, as he pushed for healthcare and a number of other reforms that would respect the sanctity (and sanity) of the common person.  Without healthcare, we’d be in the same situation as Americans, as they sell their over-leveraged homes in order to pay grossly inflated medical bills.*

Oranges root for the underdog.  They’d walk in front of a bus to save someone, if only because it’s the damned right thing to do.

And Orange people are great lovers of nature.  In fact, they tend to be those that are hired to have a command over our natural bounty.  Farmers.  Loggers.  Miners.  Builders.  Caregivers.

It’s no surprise that the prevalance of unions is within these professions.  People that are too disparate and kind to think that other people would want to take advantage of them.  But as they get the Blues and Reds walking all over them when they agree to auto bailouts or other industrial blunders the result should be obvious:  don’t push an Orange.  They’ll find like spirits and shut you out.

And Oranges are the most likely to seek out adventure and change.  Oranges will heed the bidding of the people that hire them and elect them, including those who lead us in the Parliament of Canada.

It is with this assessment that I make this plea:  the Greens must find ways to cooperate with the Oranges and vice versa.

We will never defeat the Purples if we squabble amongst ourselves.  We must find a peaceful way to lead Canadians into the future.

These two parties represent the only true hope that we have for a future in this country.  The Reds and Blues are far too tainted with self-interest and self-aggrandizement to worry about the concerns of the lay people of this land.

It’s a pinch of temporary pain, but my request is that the Oranges find a way to back off in select ridings when strong Green candidates are there to fight for the health of our environment and our economy.  Greens must do the same in ridings that are dominated by those who will not let the Purples run roughshod over their sense of livelihood.

In the last election, really just weeks ago, the people of Canada spoke.  Nearly 7% of the voting population opted for Green (and they failed to get a single seat) and more than 18% voted for Oranges.  Together, this represents just 25% of the vote, not enough to defeat the Harpercrites who stole 38% of the vote with their lies and deceptions.

But if the Greens and the Oranges band together to heal this country of its democratic wounds, we will have  a future.  We will have change.  And we will end the disgust and contempt that most Canadians feel when they think of politics in this country.  That 25% will rise and you will put the Purples in a corner like they’ve never felt before.

It is under the leadership of a Green-Orange coalition that the country’s true wide political spectrum will be felt.

If you’re with either the Greens or Oranges, please do this today.

If you vote for either the Greens or Oranges, encourage your leaders today to engage in talks of forming such a coalition.

*NOTE:  I fully acknowledge that there are many other issues involved, but I’m hoping to make a small point about the cost of healthcare in the US compared to Canada.