The UK announced a couple of days ago a slight twist on their lockdown requirements for anyone that travels:

Quarantine rules are set to be eased for business travellers in England.

The rules will be relaxed for top bosses of foreign multinational firms visiting English branches and bosses at firms planning to invest.

Returning executives will also be exempt from quarantine.

In each case, the business trips must result in a deal which creates or preserves 50 jobs or leads to a £100m investment or order, according to the Department for Transport.

The new rule will allow business people to travel to England from countries that are not on the UK’s list of travel corridors without having to isolate for 14 days on arrival.

The move was announced in a tweet by Transport Secretary Grant Shapps.

Currently, people arriving in the UK from most countries – including British nationals – must self-isolate for 14 days or face fines of up to £1,000. But that can increase to £10,000 for repeat offenders.

Obviously, being a rock star or ‘football’ favourite has it’s advantages!

The Rich Are Getting (Ridiculously) Richer

What does an EXTRA TRILLION dollars look like compared to say, something trifling like a million dollars? 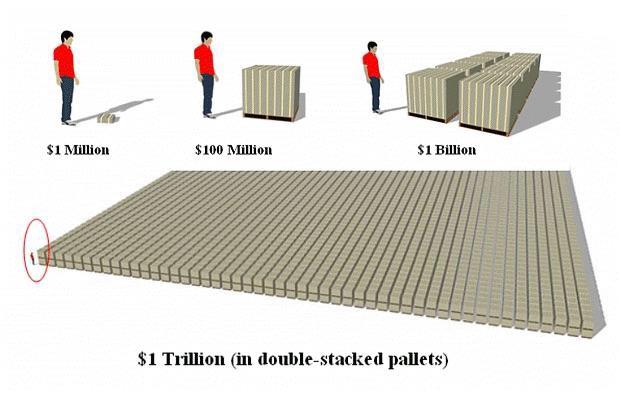 It’s a little staggering, especially when someone like Jeff Bezos pulled in an extra $100 billion or so over the last few months.

That’s how much US billionaires pulled in during the lockdown, largely at the expense of smaller shops across North America and elsewhere. Or possibly by being the first in line with incredibly voluminous handouts from the Trump administration.

The wealth of the nation’s billionaires rose to $3.88 trillion as of October 13, a jump of $931 billion from March, an analysis from Americans for Tax Fairness and the Institute for Policy Studies, two left-leaning groups, found. That’s almost twice the $2.1 trillion in wealth held by the bottom half of the U.S. population, or about 165 million people, they added.

Amazon.com founder Jeff Bezos has enjoyed the biggest bump in personal fortune, according to the analysis from Americans for Tax Fairness and the Institute for Policy Studies, two left-leaning groups. Bezos’ wealth has jumped by $90.1 billion, to $203.1 billion, from March 18 through October 13, bolstered by a rise in his company’s stock price as Americans turned en masse to Amazon and other e-commerce players for their shopping during the pandemic. Amazon.com shares reached a record of more than $3,500 a share in September.

Other billionaires whose fortunes have risen during the pandemic include Microsoft co-founder and philanthropist Bill Gates, whose wealth has jumped 20% to $118 billion since March, and Facebook co-founder Mark Zuckerberg, with an 85% gain to $101.2 billion, the analysis found.

Much of the billionaire wealth spike stems from a rise in the stock market since March, with investors betting that the economy would rebound once stay-at-home orders lifted. But the recovery tide hasn’t lifted all boats, with low-income workers struggling to regain their footing.

Meanwhile, any measures introduced in the US to try to support the lower ranks of business owners across America are running low on support and funds. It’s likely that nearly 20 million people in the US will be hitting the streets, just in time for the holidays.

The only good news to possibly come from all of this is that hundreds of US lawmakers and policy leaders are beginning to talk seriously about a ‘super tax’ on America’s most wealthy.

The rise in wealth for the nation’s richest citizens is creating a new “Gilded Age,” said Frank Clemente, executive director of Americans for Tax Fairness, in the statement, referring to the late 19th-century boom in industrial fortunes that created a widening gulf between the rich and poor.

Perhaps inspired by AOC and her ‘democratic socialist’ compadres, more than 400 lawmakers from around the world have signed a letter demanding Amazon CEO Jeff Bezos raise employee wages, and pay more in taxes (we presume they mean both Amazon the company and Bezos personally).

In an open letter, the lawmakers said that they were writing to put Bezos, the world’s richest man, “on notice”, and that “Amazon’s days of impunity are over”.

The movement is calling on Amazon to pay its “workers, its taxes, and its environmental costs fairly”.

We, elected representatives and public officials from around the world, hereby put you on notice that Amazon’s days of impunity are over. Last Friday, 27 November, workers, activists, and citizens around the world joined forces to demand justice from Amazon. Today, we pledge to stand with this movement in every congress, parliament, and statehouse where we work. In short, we write to you now with a single commitment: to Make Amazon Pay.

Here’s the full text of the letter:

From the picture above, it’s hard to fathom a billion or two. But a trillion? C’mon … stop. Start kicking some of this back to the public.

India’s Present Should Be Our Canary In The Coalmine

We seem to find a way to tolerate unacceptable wages in places like India or China, but what happens when those pennies a day are all that are offered to North Americans?

No, it didn’t. It made it a LOT worse, but it didn’t cause greed, pollution, near-slavery and other harmful concerns that most humans shouldn’t accept as part of our lives.

But assuming Covid did cause this mess, what will happen when 20 million Americans are tossed out on the street in a few months, why would there be anything but downward competition with wages?

I think we should have seen many countries around the world as our ‘canary in a coalmine’ and we will have absolutely no reason to shift the blame to someone else when POVERTY comes knocking on our doors.

If we have them, that is.