I suppose this makes sense.

A report in the Atlanta Journal-Constitution suggests that as police boards purchase more equipment from the military, they’re more likely to kill you. Sometimes, the cities don’t even have to pay for the stuff.

A new AJC analysis of a decade of records across 651 Georgia police departments and sheriff’s offices found departments that took more than $1,000 in 1033 money, on average, fatally shot about four times as many people as those that didn’t. The newspaper’s analysis used the military’s database and paired it with a database of fatal police shootings from across the state, controlling for statistical variables like community income, rural-urban differences, racial makeup, and violent crime rates.

The results paint a troubling picture: The more equipment a department receives, the more people are shot and killed, even after accounting for violent crime, race, income, drug use and population.

Only 7% of Georgia’s law enforcement agencies received surplus military gear at any time over the 10 years, but those agencies accounted for 17% of the 261 people shot and killed by police.

The statistical correlation doesn’t prove that 1033 gear in a police department causes more fatal police shootings, or that those shootings were unjustified, only that there is a strong relationship between the two. The analysis also doesn’t suggest that every department in the 1033 program displays a strong relationship between the number of people killed and the amount of 1033 funding accepted.

I think I’m beginning to understand the notion of the ‘defund the police’ tag line. I don’t want to necessarily advocate ‘defunding’ as I think that’s an improper label for people’s concerns. Instead, I would simply like to see the focus of many forces be altered to accommodate social workers, real solutions to drug problems (as opposed to zero tolerance) and honest efforts to integrate with rather than separate from the public at large.  Again, for the record, I know many officers and respect what they do. However, I don’t see them as adjuncts to the military and the military shouldn’t be sharing expensive hardware with them.

What it REALLY paints a picture of is the excessive waste of public money with military expenditures in the first place.

There are celebrities, princes and princesses, high-profile scientists, artists from all over the world, all alongside some of the world’s most powerful oligarchs and political leaders—people like Prince Andrew, Ehud Barak, Donald Trump.

I made close to 2,000 phone calls total. I spoke to billionaires, CEOs, bankers, models, celebrities, scientists, a Kennedy, and some of Epstein’s closest friends and confidants. I sat on my couch and phoned up royalty, spoke to ambassadors, irritated a senior adviser at Blackstone, and left squeaky voicemails for what must constitute a considerable percentage of the world oligarchy. At times the book felt like a dark palantir, giving me glimpses of dreadful, haunted dimensions that my soft, gentle, animal being was never supposed to encounter. At other times it was nearly the opposite, almost grotesquely boring and routine. Seeing at close range the mundanity of Epstein and his fellow elites–how simple and childish they could be–was a sickening experience of its own. The worst call by far was with a woman who told me she’d been groped by Epstein, an incident she said she didn’t report at the time out of fear of retribution from Epstein. (I have been aggressively counseled to remind the readers of Mother Jones that an appearance in the address book is not evidence of any crime, or of complicity in any crime, or of knowledge of any crime.)

It’s worth it to invest another 10-15 minutes with this article to see just how EARLY on his association with Donald Trump was, with wild, long, lavish and expensive parties at Mar-a-Logo in Florida in the 1980s (!!!), owned by Trump.

Of course, I’ll repeat the last bit quoted above and of course, remind the public that even though Donald Trump was present and hosting, he certainly didn’t have anything to do with what went on behind the scenes.

Perhaps Gislane Maxwell holds the key to all of the above.

Any time I see the odd list of people that might be named in any given case related to Jeffrey Epstein or Gislaine Maxwell, I wonder what’s going on in the world and, to be honest, it’s a little overwhelming. I mean, hundreds of celebrities, politicians and business leaders potentially connected with pedophilia, crime and drugs. (insert legal disclaimer).

This site identifies that the Gislaine Maxwell story may very well become the story of the decade, if not the early part of the 21st century. The ‘Lolita Express’ is now famous for having brought people like Trump, Clinton, Kevin Spacey and more to various ‘destinations’.

I’ll bet. If you flew on this plane, the US Feds are looking for you. Unless you’re Donald Trump, that is.

A second trial with a Covid-19 vaccine was pulled by Johnson and Johnson late last week.

The trial product involved up to 60,000 participants.

At least one showed symptoms of an issue that is not being disclosed by J&J.

“We have temporarily paused further dosing in all our COVID-19 vaccine candidate clinical trials, including the Phase 3 ENSEMBLE trial, due to an unexplained illness in a study participant,” the company said in a statement.

The pause means the enrollment system has been closed for the 60,000-patient clinical trial while the independent patient safety committee is convened.

In a previous ‘wow’ moment, we were told that AstraZeneca was going to pause a previous test vaccine because:

the company acknowledged that the patient had neurological symptoms associated with a spinal inflammatory disorder called transverse myelitis.

That involves localized inflammation of the spinal cord, which can cause symptoms such as weakness, loss of sensation or even paralysis of the arms and legs. It can be caused by autoimmune diseases, viral, bacterial or fungal infections or parasites, but it has also been reported as potentially a rare side-effect of vaccinations for diseases such as hepatitis B, influenza or measles-mumps-rubella.

The diagnosis was later confirmed by an internal report on the incident, CNN reported.

However, researchers who have studied transverse myelitis note that it’s difficult to confirm or exclude the link between the disease and vaccination, since it can occur coincidentally as a result of other causes after vaccination.

The U.S.-based Mayo Clinic said that the association so far is not strong enough to warrant limiting any vaccine.

So, paralyzing effects, but ‘the show must go on’ with testing and bringing about a global experiment on terrified citizens.

Nothing to see here … 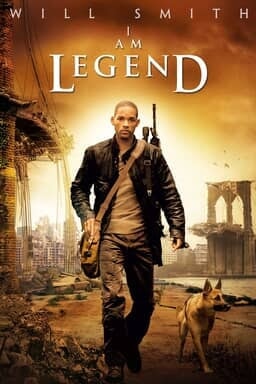