For a moment yesterday, I contemplated not voting at all. Not cool.

My sentiment seems similar to the rest of the province, where Ontario voters failed to come to the polls and elect someone. Last night, we recorded the lowest percentage turnout in almost 50 years. 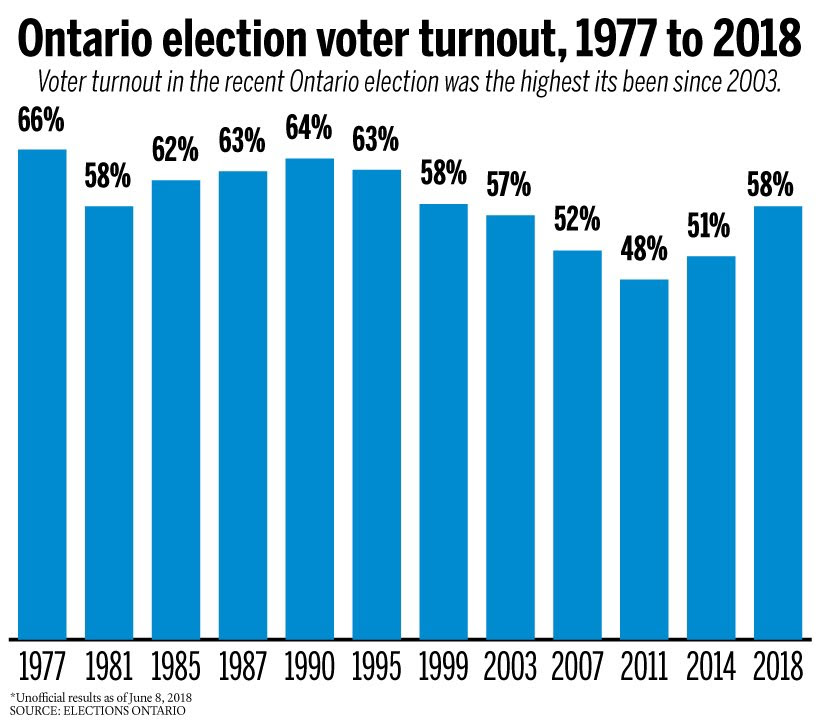 That’s because there was no one worth voting for.

Going into the election, my emotions were running high, driven by the question: “where’s the new blood?” and a statement “if only they had chosen a better leader”.

It doesn’t help that our media is the proverbial ‘wolf in sheep’s clothing’, issuing forth pablum like this puff piece in the not-so-liberal Toronto Star.

Doug Ford easily won a majority last night because the other parties have failed to move forward with new leadership.

It was the FOURTH campaign for Andrea Horvath.

Steven Del Duca = Kathleen Wynne = Dalton McGinty. He brought unofficial party status to the Liberals and they couldn’t crack 10 seats in this election. He couldn’t even win his own riding. Brave, but … you know.

Stop annointing people that can’t win or that still carry the stink of previous failed governments.

A Ford mandate with no pandemic distractions will ruin Ontario. This is the party that harbours climate change deniers and anti-vaxxers. They took away charging stations for EVs only to replace a few token chargers at OnRoute stops weeks before the election. They could care less about the environment and will plow over some of the greatest farm land in the world so their buddies will get rich. They basically cancelled public school. Nurses? Might as well be volunteers.

The age of enrichment for a few and austerity for the rest of us in Ontario will begin today.

We WILL need a qualified, reputable candidate the fill the void in four years.