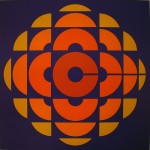 As all revolutionaries and pundits of change know, the key to winning the hearts and minds of the voters is to control the media.  Rupert Murdoch does this with FOX and the Aspers do this with Canwest, just to name a couple of examples.

The Canadian media environment has been on an extremely slippery slope for some time.  The level of consolidation and monopoly control in this country is unprecedented.  Many private organizations are teetering on the brink of extinction.

The CBC is facing a slow painful death and it’s time we took action with the CBC to reverse this trend.

Unfortunately, there are so many issues.  At times, I want to eliminate the CRTC altogether (it’s essentially an arm of the mainstream media) or fire the management of the CBC for letting so many things get away from them (the HNIC theme song, the Olympics, etc).  At other times, I want to encourage some kind of touchy-feely grassroots program that encourages the spread and promotion of user-generated content.  It already exists and it’s called YouTube, but you get the idea.

On Tuesday, it became obvious that the CRTC has it in for the CBC because it basically announced that they intend to kill the CBC by ensuring that it remain chronically underfunded while its ‘competitors’ have the ability to effectively tax Canadians that haven’t aborted the antiquated media model known as ‘commercial TV’.  Those who hang on to cable/satellite services will be nailed with a minimum $6-$10 fee per month to subsidize the broken model of ad-based broadcasting.

While the private industry has been given leeway to generate as much as $1.5 BILLION per year via this tax, the CBC is left with no method by which to fund itself.

My prediction is that if the current state is allowed to continue, the CBC will exit TV broadcasting within 3 years and cease to exist within 5 years.

I can’t let that happen.

I have a few ideas to get the ball rolling.  Please post your own thoughts and let me know if you’d be interested in mounting a public campaign to demand changes to the CBC.

Reversion of TV Broadcasts to Analog

Over the past several years, all broadcasters have been converting their stations to digital.

This is like farmers handing all of their seed purchasing to Monsanto.  They’re forfeiting the right to preserve organic sources of seeds.

The same thing has happened with broadcasters.  As they abort the massively efficient analog broadcast format, they invite the excessively expensive digital format and conversion process and make themselves reliant on the digital distribution channels.

The CBC did this and has given up the ability to sell ads in local markets, but more importantly, they’ve handed over all autonomy to the cable and satellite suppliers.

Since the CBC is funded by the public, the public has a right to see the CBC any time, any place.

Reversion to analog would ensure that the CBC is broadcast to a wide Canadian audience, particularly those who refuse to pay excessive monthly cable/satellite fees.

We should encourage the expansion of the CBC’s analog distribution by expanding the number of nodes across the country and having more local programming as part of an expanded mandate.

This local programming would replace the A Channels and other stations that the private broadcasters are manipulating like puppet masters.

Another form of expansion would be more channels over the air covering different topics.  I suggest the following:

CBC Radio would follow a similar path.  I would recommend a mandate that would make it a requirement to provide local services for any urban area with a population greater than 250,000 people.  Local services might include traffic, local municipal news, events, politics, etc but could also integrate news from the area and national / provincial news rooms.

Cities and towns with smaller populations would at least have access to regional broadcasts that are a mashup of all of the above.

Another perspective on programming options is language.  Right now, we’re very limited in the array of cultural and language options made available and this should change to reflect Canada’s mosaic of cultural attitudes.  If this were to happen, the TV and radio channel options would be pretty much endless, but the CBC would become the country’s most valuable source of multi-cultural interaction and communications.

CBC:  Bringing Canada to the Rest of the World

Not only would I recommend the expansion on a local basis of radio and TV, but I’d suggest the CBC engage in an aggressive program of promoting Canadian content worldwide.

It would be relatively easy.  They could start by taking archived materials and placing them on channels with YouTube or other online video services.  In fact, given the volume of content they have in their archives, they could negotiate a pretty sweet deal with any online video company or just create their own platform.

If they created their own platform, there would be substantial benefits for grassroots producers of Canadian content.  Such producers could create their own account, add their content and see it get exposure all over the world.

The last thoughts above extend into this category.

The CBC should be an advocate of open content and the Creative Commons licensing practice.

They should also encourage the use of programs like BitTorrent to facilitate the efficient distribution of their programming and content.

CBC Digital could also act as an incubator for new distribution technologies and formats.

Finally, CBC Digital could have a whole infrastructure wing that is committed to the installation of public pipe or wireless nodes across the country. The benefits of this approach would be that we would always be ahead of the curve with digital infrastructure, but we’d also be able to lease it out to private institutions, generating revenue for the
“mothership”.

Because the CBC represents public broadcasting, it should avoid getting caught in the trap of seeking out sponsors and advertisers.

I propose that the be ad free.

This would liberate the CBC from trying to monetize its web site, radio channels and TV broadcasts and would ensure a greater level of viewer loyalty from people like me that can’t stand ads for Direct Buy and online computer retailers.

It would also alleviate issues with respect to their adherence to copyright regulations.  If they don’t have to monetize content, they can distribute it for free (or at least at a basic subscriber cost).

OK … So Who Are We Robbing to Pay for Everything?

About $1 billion of that money comes from the Canadian public.

I suggest we keep the $1 billion in funding in the short-term (say, the next 5 years) to pay for most of the infrastructure changes.

I have an idea for the balance:  eliminate CanCon requirements for all private broadcasters.  They don’t want the responsibility of producing Canadian programming, nor do they seem to care.

In exchange for this concession, the CBC would be the only Canadian institution with a requirement to produce Canadian content.

Where am I going with this?

There are dozens of programs created by the Federal and Provincial governments of Canada devoted to subsidizing the creation of Canadian content.  One such program is the ‘Canadian Video and Film Tax Credit’ program that entitles private producers of content to make massive tax deductions when they air ‘Canadian’ content.

Of course, this goes towards stuff like HGTV, sponsorship of the History Channel (which airs regular reruns of ‘Red Dawn’, so I’m not sure how that qualifies as something in need of Canadian support) and other boondoggles that simply shouldn’t see a penny of Canadian public funding.

Figures for these programs are hard to find, but I estimate that they translate to roughly $2-$3 billion in cost to our governments on an annual basis.

So in answer to the question, we funnel all Cancon programs into the CBC and terminate them with private broadcasters.

There’s your source of funding.

What If We Come Up Short?

If we come up short after fulfilling all of these wish-items, I suggest that we convert the status of the CBC from a ‘pseudo-private government-owned enterprise’ to one that stands with charitable status.

We allow it for TV Ontario.

Why do we not allow this for the CBC?

Making a donation would be tax deductible by Canadians.  If you wanted to be bold, there would be no limit and those who contribute more than their current income might be entitled to a permanent carry-forward.  This is done for art (paintings) etc that are made as donations, so I don’t understand why we can’t extend the same opportunity to our own public broadcaster.

An alternative would be to turn the CBC into one big co-op, where all Canadians could buy a share if they wanted, with one vote per owner, regardless of how much they invested (with a minimum of $100).  If that were to happen, Canadians could have a bigger voice in the production, distribution and future of Canadian content and no government could ever take that away.

The current future of the CBC is pretty grim, but we have the opportunity now to take it back into Canadian hands and create the CBC that we want.

Some of these recommendations may seem a little over the top, but with the proper funding, there would be no limit on what we could do for Canadians and the content they want to enjoy.