Timeline: How ‘Too Big to Fail’ Happened in the US

This image is a fantastic representation of the rapid array of mergers and financial manipulation that took place in the 20+ years preceding the whole ‘too big to fail’ ‘financial crisis’ that occurred in 2008. 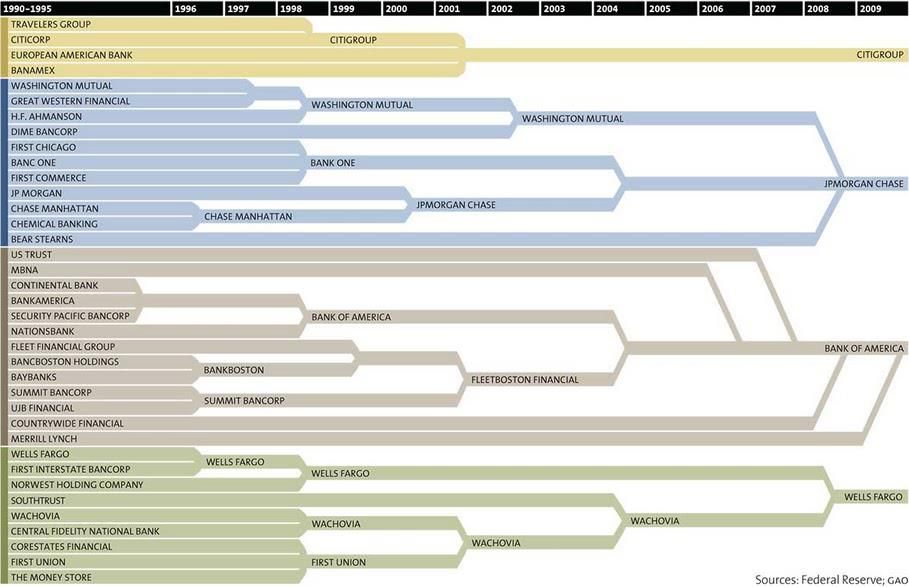 People:  be wary of Conservative talk about how ‘they’ prevented a financial meltdown because they probably would have let it happen here if they were in charge (I know … the PCs were in charge in the early 90s, but they were progressive).