Wow. All Corners of Canada’s Con World A Complete Trainwreck

Tell me what you make of this headline … 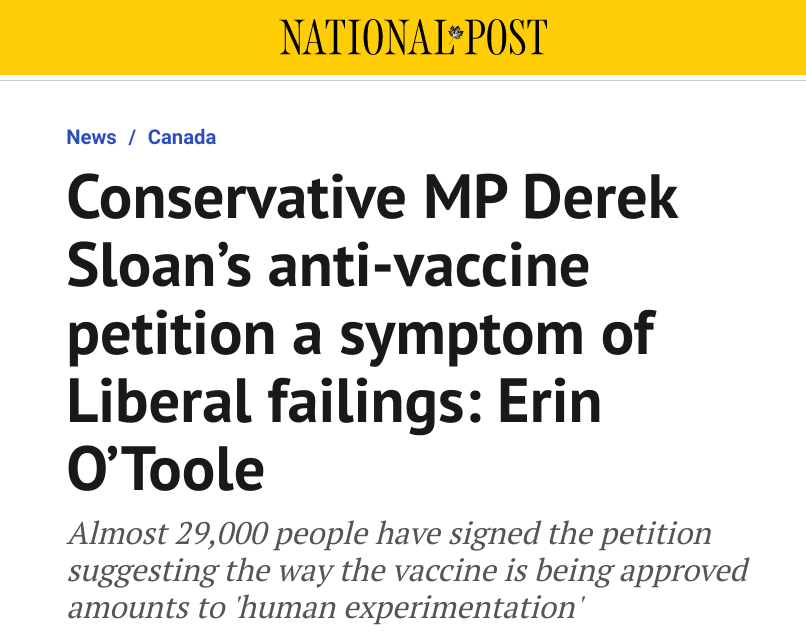 We have all of the components of the right-wing apparatus falling to pieces right before our eyes.

Here’s the Post Media continuing to do its bit to try to whip people into a confused frenzy about vaccines. It’s bad enough that I take a poke at things once in a while, but at least I try to research a thing or two and I’m not a national newspaper that supposed to take the high road once in a while.

And then Erin the Tool playing the classic ‘blame game’ when it’s someone from his own party that’s being absurd about vaccines.

THE AUDACITY of blaming Trudeau for his own party’s mess.

Derek Sloan? Should have been ‘excused’ from the Conservatives a LONG time ago.

Several different pieces in the puzzling and confusing Conservative political architecture in Canada.

Of course, there’s also the special somebody somewhere that is trying to make us believe there’s some kind of ‘gate’ behind the Canadian purchase and distribution of vaccines. It’s pretty shameful that someone would take this approach to whipping up public hysteria just to gain a little popularity here and there. Shameful.

Time has flown by so quickly.

I wonder what John Lennon would say about the state of the world today?