So much is happening … so little happening.

I continue to observe just how many of our systems continue to crawl along in a state of shock following the first declarations of ‘pandemic’ many months ago.

This article demonstrates the sad reality that American passports are now effectively worthless.

VERY FEW countries in the world will accept people from the United States in the wake of the country’s Covid mismanagement.

The United States is also the only country in the world that is entering a massive spike in a second round of Covid cases. There doesn’t seem to be an end. Hundreds of thousands of people will die because of incompetence, paranoia and mismanagement. The saying goes ‘may you live in interesting times’. Every day I learn a little more about what I don’t know and it’s hard to say this, but I didn’t think I’d live to see the end of the United States. It was a great experiment, but now it’s rapidly becoming a burning dumpster mess.

The sooner Canada figures out an action plan to distance ourselves from the US, the better we’ll be.

A Better Understanding of ‘The CLAW’

The CLAW – Costco, Loblaws, Amazon and Walmart – are not just chipping away at the basics of our society, they’re using massive depth charges and are shocking our system unlike any other economic trend over the last several decades.

This article from Strong Towns does a deep-dive on just how little the CLAW and related companies contribute to our society.

They are, in effect, a giant cash vacuum. 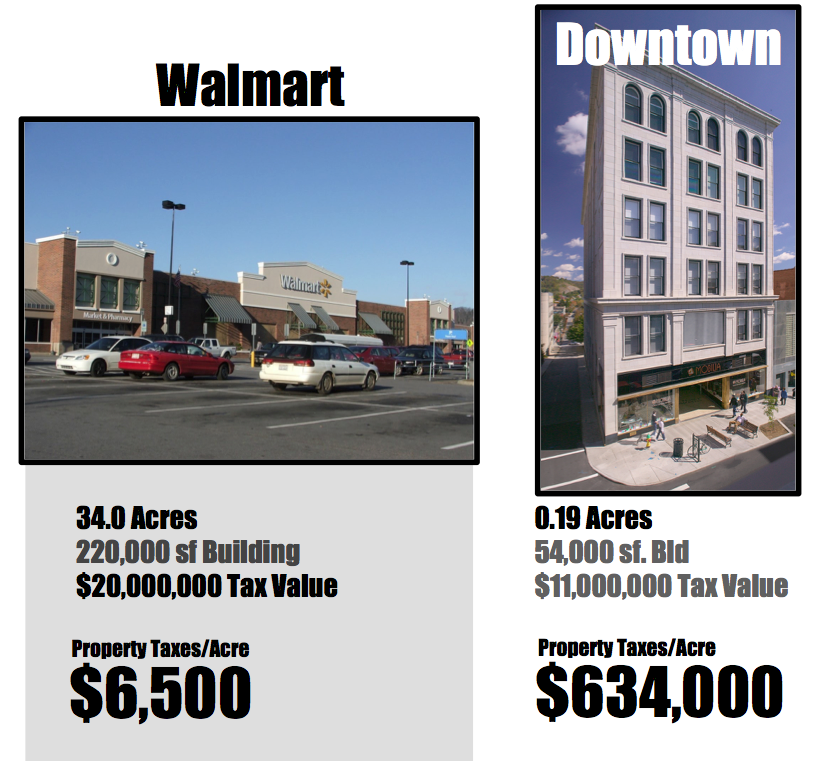 What we’re doing is forcing small businesses based in core areas to effectively subsidize the sprawl we’ve seen explode over the last 6-7 decades.

What are the solutions? Do we charge per parking spot in the burbs? Or how about an annual levy per acre that helps equate and balance the equation? How about other ‘soft’ questions like ‘should WalMart and other big box operators be forced to pay for transportation networks, including public transportation in sprawl areas?

An annual levy might be possible if it were implemented on a national basis. There would be a mandatory national parking levy that would be 100% redistributed to the municipality in question.

Regardless, we need solutions that would balance the relationship between core and suburban developments.