It seems like White Nationalists and racists are using the current pandemic and confusion concerning social uprising in the United States and elsewhere to help exacerbate and fool people into believing that ‘organizations’ like ANTIFA and others are behind the violence and looting.

And perhaps they are.

But it doesn’t help that whites continue to smash windows, trash stores and provoke violence during calm and peaceful rallies.

Also, is seems like the American Covidiot in Chief has bought into the deception practiced by those sporting the ‘Electric Boogaloo: Civil War 2′ mantra and has gone out of his way to pronounce an attack on African-Americans’ right to protest and freedom of expression.

In fact, it seems like the real terrorists are still threatening to attack protesters if Trump ‘gives them the green light’ to do so:

MAGA “life coach” and proudly amoral right-wing broadcaster Brenden Dilley said during his livestream program today that he and millions of other gun-loving Americans are just waiting until President Donald Trump “gives us the green light” to take to the streets and start gunning down activists who have been protesting all over the country following the police killing of George Floyd.

“If for any reason the president of the United States feels that it’s not getting done the way it should and decides to put out the tweet that says, ‘My fellow Americans, my fellow 2A-loving Americans, it’s time to take up arms against these assholes,’ you are all fucked in under an hour,” he continued. “[We’re] waiting for that one tweet, that one emergency text message from the fucking president of the United States that gives us the green light to finish this entire thing in under an hour.”

“It will not be law enforcement. It will not be one of these slow, bureaucratic, justice system wheels of justice turning,” Dilley concluded. “It’ll be a group of people you didn’t even know fucking existed because we were at our houses, we got off work, we were with our families, but we were ready for that call. And if that call ever does come, you will be fucked seven ways from Sunday. So I suggest you back down.”

It’s all too easy for these manipulators now to help accelerate the decline of the United States.

Who will help apply the brakes when the abyss is the next step?

And what about ‘antifa’? After all, it’s not an organization per se, but a reaction that millions in America are having against the fascist leanings of their President and many others that are controlling their lives. Remember, it’s just short for anti-fascist. You either are or you’re not.

Using this simple and obvious logic: by declaring anti-fascists a terrorist organization, Donald Trump is a fascist.

Sometimes I understand that I might be pushing the sources a little, but this is the World Economic Forum (WEF) that’s calling for an economic ‘reset’.

To achieve a better outcome, the world must act jointly and swiftly to revamp all aspects of our societies and economies, from education to social contracts and working conditions. Every country, from the United States to China, must participate, and every industry, from oil and gas to tech, must be transformed. In short, we need a “Great Reset” of capitalism. 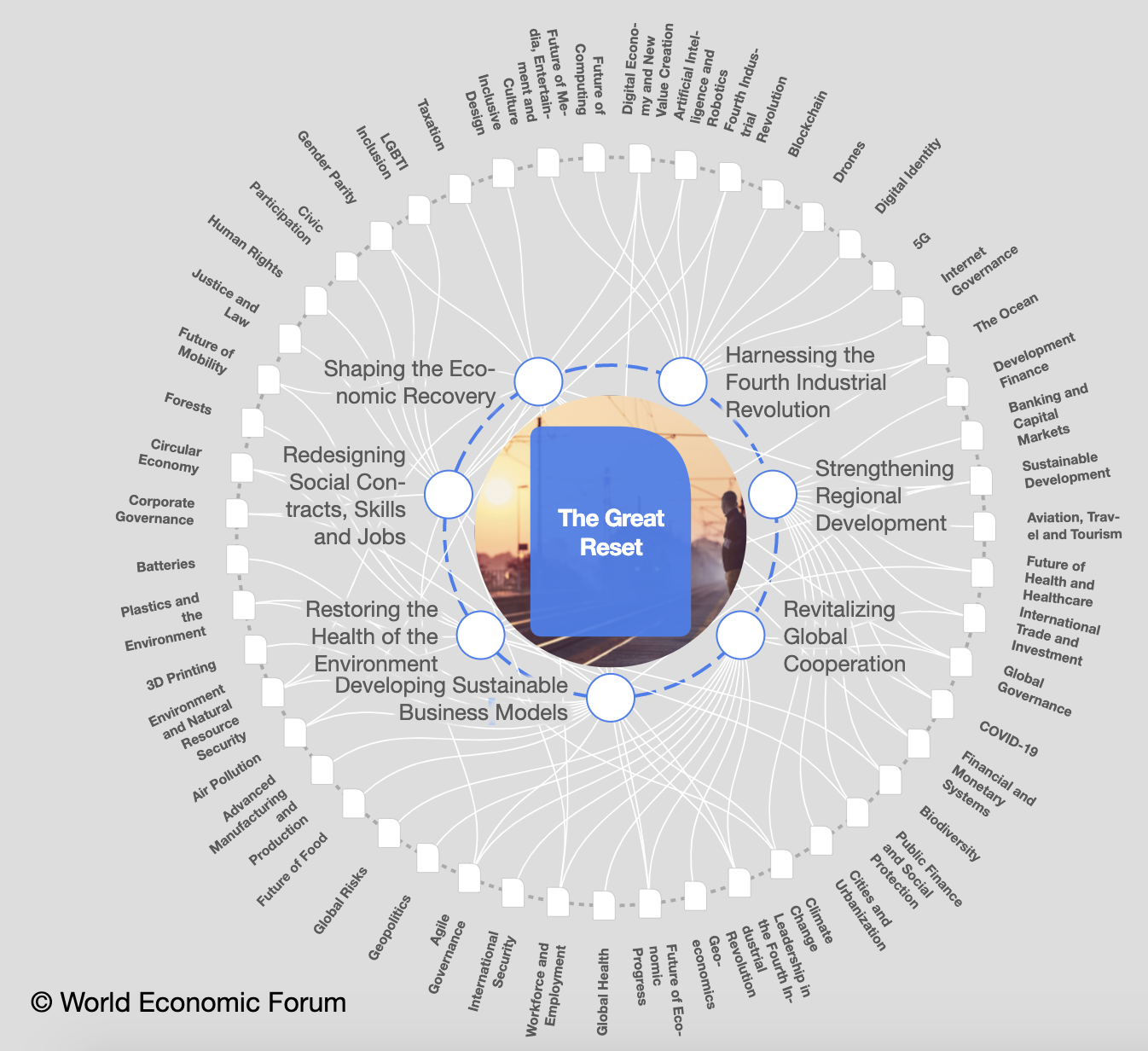 There are three components proposed by the WEF:

What are your thoughts on how to demand and institute a ‘great reset’?

Can it be done when it’s abundantly clear that certain elements of American society (and the rest of the world) aren’t ready to change and likely won’t without a fight?