… based on white terrorist cells provoking riots under the guise of attending Black Lives Matter protests.

Donald Trump has promised that governors of different states that don’t get crowds under control – especially for photo ops with a Bible – will be met with the American military doing it for them.

“If a city or state refuses to take the actions necessary to defend the life and property of their residents, then I will deploy the United States military and quickly solve the problem for them,” Trump said.

Donald Trump has chosen property over people. In his world, looting is intolerable but murder is OK.

On a related note, it seems the Electric Boogaloo crowd is expanding its net of influence and disruption in the US.

A Twitter account claiming to belong to a national “antifa” organization and pushing violent rhetoric related to ongoing protests has been linked to the white nationalist group Identity Evropa, according to a Twitter spokesperson.

As protests were taking place in multiple states across the U.S. Sunday night, the newly created account, @ANTIFA_US, tweeted, “Tonight’s the night, Comrades,” with a brown raised fist emoji and “Tonight we say ‘F— The City’ and we move into the residential areas… the white hoods…. and we take what’s ours …”

There is a growing list of questionable activities related to the protests and riots across the United States and Buzzfeed is keeping on eye on what’s what and whether or not specific images and stories being presented by different special interest groups are actually true. Example: a burning McDonalds shown by media was actually from 2016.

Trump’s intentional campaign to encourage Americans to wage war on each other is a resounding success.

What will fill the vacuum left behind?

The endgame here will be complete Martial Law and a police state, both to monitor protests, arrest anyone associated with legitimate protests and to also keep people under lockdown to prevent further spread of Covid.

Ultimately, it seems like the Boogaloo crowd will have the upper hand.

There is good out there though. Thousands of police, emergency crews and other people dedicated to support the state are actually joining protesters and surrendering to peaceful rallies. They remind us that that vast majority of people in law enforcement are good people and that they care about their neighbours. Let’s all support them as this crisis grows. 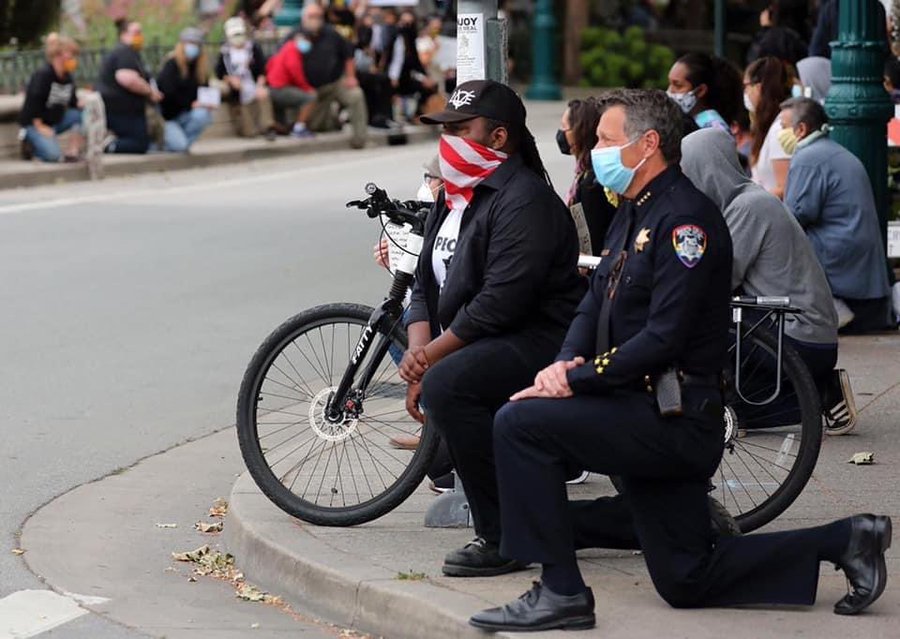